The body has its limits 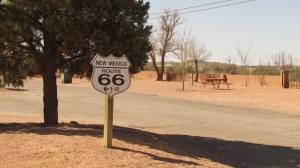 So, we arrived here after driving fourteen days across the country in a sort of mini caravan. Sam drove the motorhome with his SUV attached to the back, and I drove my car with a cargo trailer attached. I have never driven anything with anything else attached, so this was quite a challenge for me. Although my car had plenty of power to pull this 2500 pound trailer and its contents, I felt like I was constantly pushing my right foot into the floorboards—four to six hours every day for fourteen days. I used the speed control when I could, but the roads were so bumpy and curvy, and filled with big rigs and other RV’s, that it was more trouble than it was worth. So, I just did it the old fashioned way, with my right foot.

By the time we got here on May 2nd, I had done some real damage, not to my car, but to my lower right extremity. Every joint in my right leg hurt, from my toes to my ankle, to my knee, all the way up to my hip. The muscles and the bones hurt too. For a few minutes I thought I might have bone cancer. Then I realized that was stupid and put some eucalyptus/menthol-laden cream on the tender places. It helped. I didn’t have cancer, just some sort of repetitive movement syndrome. I felt like I had aged 20 years in that short two weeks…at least my lower right side did. Anyway, it’s almost a month later and it still aches a little at night, but, now I know it was caused by all that pent up anxiety and my need to get to the destination and unhitch the wagons, so to speak. During those fourteen days I forgot about “the road” and just put myself into auto-pilot, taking my right leg for granted. Sometimes our bodies force us to slow down and pay attention to “the road.” Now I’m here. Paying attention is inevitable.